Mr. Floyd Ciruli, from Ciruli Associates, a polling and consulting firm that specializes in public policy, will provide a brief introduction and frame current events before the start of the informal discussion. The conversation could include international topics such as the U.S.’s role economically and militarily overseas, as well as domestic issues such as the 2016 presidential campaign, gun control, gay rights, the role of women in the economy, and the recent legalization of marijuana use in the state and other issues.

Foreign Policy is a Major Issue in the 2016 Presidential Election

Foreign policy has already become a major topic in the 2016 presidential election.

Both parties’ debates, a cascade of events and polling results have placed America’s position in the world and specific topics, such as the Middle East, terrorism, Iran and the South China Sea, into the public and candidates’ consciences. But regardless of foreign policy topicality, the next president will have significant influence on policy. And the signs are policy could change dramatically.

A panel at the American Association of Public Opinion Research conference in Austin this May has been organized by Floyd Ciruli of the Crossley Center for Public Opinion Research on foreign policy as a significant issue in the 2016 campaign. Three nationally known researchers will join Ciruli to examine the impact of events, partisanship, elections, media and public opinion on the foreign policy of the next president.

Panel Title: The 2016 Election and Impact on American Foreign Policy

Panel Description: A panel will examine the impact that the 2016 US Presidential election is having on American foreign policy. The topics will include: partisanship’s impact on voter positions on key foreign policy issues; internationalism and militarism in a new world of threats; the panel will include Kathy Frankovic, formerly of CBS News, Robert Shapiro, professor at Columbia University, Dina Smeltz of the Chicago Council on Global Affairs, and Floyd Ciruli, Director of the Crossley Center for Public Opinion Research.

First Abstract Title: Is U.S. Foreign Policy Moving to the Right? All Rhetoric or Boots on the Ground?
First Abstract: The 2016 U.S. presidential nomination contest, with a plethora of debates and polls, will be used to describe the likely trajectory of foreign policy in the next administration in several key areas. An overlay with known U.S. opinion will be integrated to identify alignment and disagreement. Discussion will include the likely influences that public opinion will have on policy implementation in the next administration.
Presenter: Floyd Ciruli, Director of the Crossley Center for Public Opinion Research, Adjunct Professor, Josef Korbel School of International Studies, University of Denver

Second Abstract Title: Increasing Ideological and Partisan Conflict in Public Opinion
Second Abstract: This presentation will show in historical perspective how ideological and partisan conflict in American public opinion has increased in the last decades. This conflict has reflected increasing polarization among Republican and Democratic leaders on a stunningly wide and far-reaching range of both foreign and domestic policy issues and perceptions of national problems – and to a degree not seen since opinion polling began in the United States. This has important consequences for American politics and policymaking, and how we think about the role of public opinion. How long this conflict will persist is an important question for the future of the nation.
Presenter: Robert Shapiro, Wallace S. Sayre Professor of Government, Columbia University

Third Abstract Title: Developing a Conservative Foreign Policy
Third Abstract: Many self-described conservatives today favor an interventionist foreign policy. While this year’s GOP candidates take a variety of positions on the role of the United States in the Middle East, there is consistently more support for military action of all sorts among conservatives than among other groups in the population. The paper will examine the differences in positions of the major GOP candidates and their supporters on questions of terrorism and foreign policy.
Presenter: Kathy Frankovic, Consultant, former CBS News Polling Director, Professor, AAPOR President

Fourth Abstract Title: America Divided: A Growing Rift Between and Within the Parties on Foreign Policy
Fourth Abstract: With the world seeming lurching from one international crisis to the next, foreign policy will not doubt play an important role in the 2016 presidential campaign. So it is no wonder that candidates are appealing to their base voters on foreign policy issues such as immigration, terrorism and climate change. But when competing for votes next year in the presidential election, candidates will have to appeal to the median voter, which may be at odds with their base. This presentation will explore partisan differences in Chicago Council’s 40 years of surveys of Americans on foreign policy and demonstrate that partisan differences on these issues have not always been as wide as they are today.
Presenter: Dina Smeltz, Senior Fellow, Chicago Council on Global Affairs 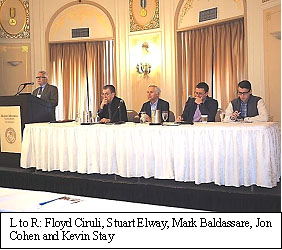 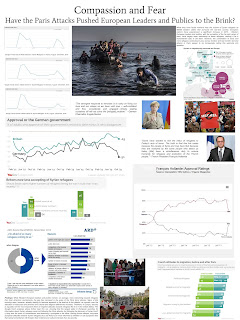 Join an interactive discussion on the current status of the marijuana legalization in Colorado, the prospects for national and international legalization, and the state of public opinion.