Helen founded the Crossley Center for Public Opinion Research at the Korbel School.

Read the AAPOR's In Memoriiam here
Posted by Floyd Ciruli at 1:03:00 PM No comments:

Floyd Ciruli on the BBC

The BBC broadcasted a U.S. election special last Tuesday, with Colorado as a key battleground state. Dan Damon, the journalist-host, interviewed me in an hour-long program that featured stories about Denver’s growing Millennial population, our cowboy history and the evangelical community in Colorado Springs.

You can listen to the podcast here.

The disjointed headlines praising the prize but lamenting the loss highlight the difference between aspiration and reality. The desire to bring the 52-year conflict to an end is widespread. But the war left much pain that has not been forgotten.

Possibly the biggest loser was not President Santos or his worldwide supporters, such as the Obama administration, the EU or the Pope, but the Castro brothers. They, along with the late Hugo Chavez, had been major backers of the FARC. Chavez is gone and his successor appears only hanging on due to a military that will at some point decide its interest is without President Maduro.

The Castros, however, are attempting a very difficult transition that preserves the safety and privilege of their family and continuation of their party and system in the face of its basic failure to provide a decent quality of life. Most dangerous for Castros’ future is that Cuba is now in a slow integration with the commercialized and capitalist North.

The Colombian – FARC agreement, which gave up Cuban- and Venezuelan-like socialist goals (never accepted by the public and lost on the battlefield) for broad-based amnesty and the nucleus of a legitimate left-wing party, was negotiated over four years in Cuba and the final agreement signed in Cartagena. Raul Castro put himself front and center clapping at the ceremony.

The voters of Colombia didn’t accept it, at least partially because of the poor image of the Castros and their Cuban fiefdom. The Castros should be nervous that a day may arrive for an up or down vote on continuing their legacy. 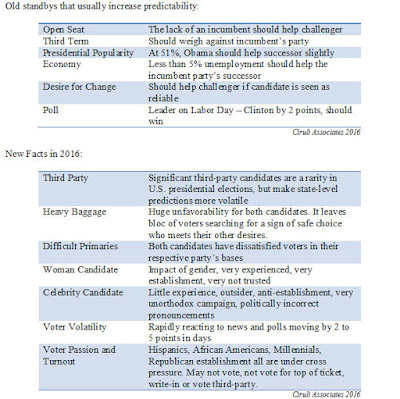 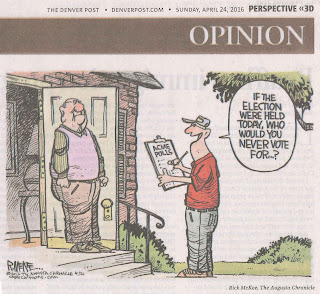 Donald Trump not only lost the first debate with Hillary Clinton, but he turned the post-debate commentary into a complete disaster.

First, he went into full throat denial that he lost using non-probability viewer response polls. Also, he picked up on one of the least salient debate points concerning a beauty contestant winner and turned it into an ethnic-identity talking point for Clinton. The diversion reinforced for the mainstream media commentariat that Trump simply does not have the discipline to run a national campaign nor temperament to occupy the Oval Office.

Trump entered the debate with momentum in both national and battleground polls, but ended up wounded, and a week later, desperately in need of something to change the subject.

Trump never ceases to mention polls, which have often showed him to be a “winner,” but his clinging onto media marketing surveys in the face of ridicule shows that his dependence on the data is more a personal need than based on strategy.

It’s still a close race one week after the debate, but Clinton is back in a narrow lead. At some point soon, Trump runs out of time and voter interest in his effort to show discipline, preparation and temperament.