Friends of the Crossley Center,

We are all looking to a very different 2021 – safer, calmer and brighter.

The 2020 election created a sense of purpose for the Crossley Center in organizing a program of informed conversations about the functioning of our democracy. And as our program and panels described, in spite of the chaos most of the election results were quickly reported and disputes amicably resolved. For the rest, I remain confident we are going to arrive at the constitutionally prescribed results.

The Crossley Center is planning a busy program next year with online events as we begin a national political transition and Colorado continues to address a myriad of important issues. We hope you continue to join us for the conversations and thank you for your support.

Here’s to a healthy and happy New Year.

Our last in-person DU program was March 3 in Maglione Hall. It’s been on Zoom ever since. Education has become very adaptable and resilient. 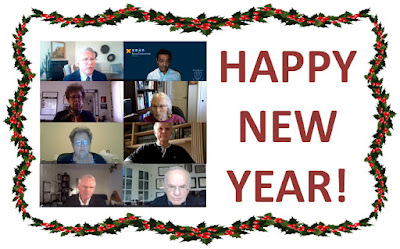 Hear a presentation from Professor Akiko Fukushima and Professor Tim Sisk discuss the U.S.’s recent antagonism to the UN’s purpose and if the U.S.’s reentry into supporting the UN’s goals and affairs help rejuvenate multilateralism and international cooperation. A video of the session follows.

The Dec. 9 program was supported by the Crossley Center for Public Opinion Research, the Josef Korbel School of International Studies and the Consulate-General of Japan in Denver.

The December 15 year-end conversation with Colorado political experts Republican Dick Wadhams and Democrat Steve Welchert is now available on video. With moderator Floyd Ciruli of the Crossley Center for Public Opinion Research, the 2020 election results and transition was deconstructed and the next round of federal and state Colorado 2022 elections reviewed.

The program was sponsored by the Crossley Center for Public Opinion Research, the Josef Korbel School of International Studies and the University of Denver.

More than 100 friends of the Crossley Center for Public Opinion Research joined Colorado political professionals on December 15 in a Zoom discussion of the dominance of the state by the Democratic Party, the decline of the Republican Party and what could reverse the trend.

Democrat Steve Welchert made the case for Colorado as “officially blue, not purple, not periwinkle, not power blue.” But Republican Dick Wadhams said trends cycle and Republicans would be back if they significantly upped their game.

Although 2020 felt like the wildest election year in most people’s lifetimes, 2022 will be significant for politics in Colorado with the reelection of Senator Michael Bennet, Governor Jared Polis and all the state constitutional offices, many benefitting from the state’s voters being adverse to Donald Trump, who won’t be in office or on the ballot.

Republicans have not held statewide federal positions since early in the century, with the exception of Cory Gardner’s election in 2014. The party has been without a governor since Bill Owens’ term-limited service ended in 2004 and other statewide constitutional offices; i.e., attorney general, secretary of state, treasurer, ended in the Democratic sweep of 2018.

A video of “Colorado Election: What’s next?” can be linked to at the end of this blog post. 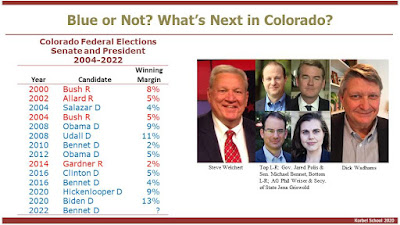 This session ended the Election Central program for 2020, which tracked the national and state elections in a series of nine panels and presentations, beginning with an overview provided September 1 through the day after the November 3 election analysis and closing with final observations December 15. It included foreign policy panels on China and Japan, and programs on polling and forecasting, media coverage, and the best predictions by political experts.

The program was sponsored by the Crossley Center for Public Opinion Research; the Josef Korbel School of International Studies; on several sessions, the Consulate-General of Japan in Denver; and, of course, the University of Denver. 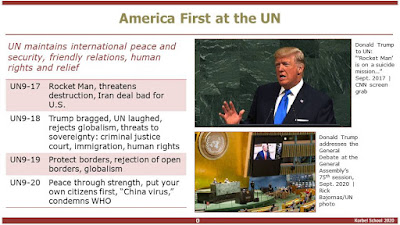 Election Central – Colorado: Blue or Not?

Is Colorado Still Competitive? What’s Next?

Join the dialogue for the last of the Election Central programs to examine what happens next in Colorado’s politics. The following are a few of the recent articles on the topic and on prospects for Colorado in 2022.

Professor Floyd Ciruli and a panel of Colorado political professionals will analyze the future of the two parties and the next series of elections. 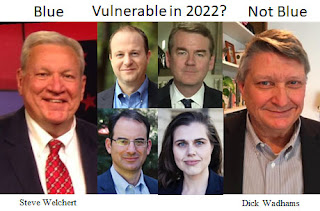 Is Colorado Still Competitive? Will 2022 Produce a Backlash?

Join Colorado’s election experts for the last of the Election Central programs to examine what happens next in Colorado.

Professor Floyd Ciruli and the panel will analyze the future of the two parties and the next series of elections. 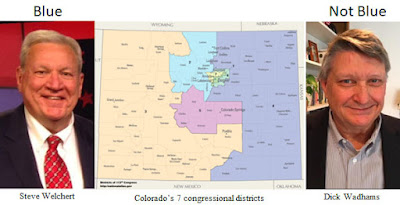 The United Nations: Japan and U.S. in the Suga, Biden Era

The United Nations was sidelined for the U.S. the last four years by the America First policy. On December 9, two experts on the United Nations will discuss its importance in foreign policy and the opportunities and challenges the new administrations in Japan and the U.S. face to use the agency effectively.

Professor Tim Sisk of the Josef Korbel School of International Studies and director of the Institute of Comparative and Regional Studies will be joined by Professor Akiko Fukushima, a Senior Fellow of the Tokyo Foundation for Policy Research, to discuss their latest work as it relates to the UN’s potential contribution to addressing a host of global problems. Professor Floyd Ciruli will moderate the discussion.

The program is supported by the Crossley Center for Public Opinion Research, the Josef Korbel School of International Studies and the Consulate-General of Japan in Denver.

The Nov. 11 program was supported by the Crossley Center for Public Opinion Research, the Josef Korbel School of International Studies and the Consulate-General of Japan in Denver.

As President-elect Joe Biden selects his foreign policy team, hear an analysis of the challenges and opportunities for a new policy in Asia.

In his first diplomatic conversation with the new Japanese Prime Minister, President-elect Joe Biden committed the U.S. to Japan’s defense of its disputed islands with China. It was a clear and early warning to China that a new team is in charge. As a part of the transition, Biden spoke to his counterparts in Japan, South Korea and Australia, establishing relationships and setting priorities.

The Associated Press (11-13-20) reported Biden and Suga hit the key diplomatic points, considerably different than reported phone calls with foreign leaders from President Trump early in his term. It was clear Biden had been well briefed on the issues.

Suga doesn’t have much foreign policy experience, but has been assisting Abe and his agenda for many years. Biden is not known for his relationship with Asia and Japan beyond his broad foreign policy experiences in the Senate and White House. So, the initial conversation was closely examined. Japan’s foreign policy senior officials were pleased with the alignment of values. Also, they believe Biden wanted to send a message of reassurance to other allies and a warning to potential adversaries that existing treaties are lines not to be crossed.