“It’s not the chaos, but the dark and hostile tone.”

Toshihiro Nakayama, one of Japan’s most famous TV political commentators, has covered America’s two Donald Trump elections. In 2016, in surprise, he stopped commentary for more than a minute when the race was called for Trump – a major pause for national television.

His discussion of election night 2020 at a recent Korbel School Zoom forum was illuminating. A guest of the Crossley Center for Public Opinion Research at DU, Toshi Zoomed in from Japan.

On November 11, join the conversation of the U.S. election results, the recent change in government in Japan, and their foreign policy impacts on the U.S.-Japanese alliance and policy in the Indo-Pacific region.

The program is supported by the Crossley Center for Public Opinion Research, the Josef Korbel School of International Studies and the Consulate-General of Japan in Denver. 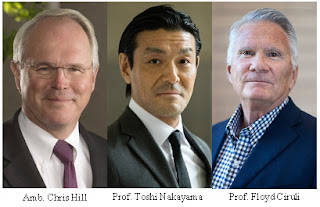 The Nov. 4th post-Election Day video on “What Happened? Why? What’s Next?” is now ready for viewing. On Nov. 4th, Korbel School Dean Fritz Mayer and Pollster and Professor Floyd Ciruli reviewed the results, the final polling and the political implications.

The program was sponsored by the Crossley Center for Public Opinion Research, the Josef Korbel School of International Studies and the Scrivner Institute of Public Policy. 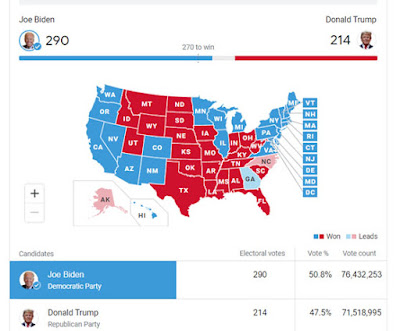