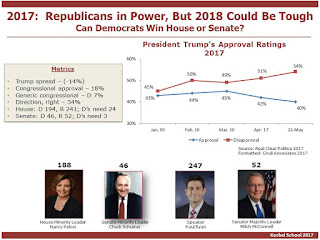 Democrats also need to defend 12 seats that Trump won, but with Trump’s low approval and the Republicans’ AHCA legislation having only a 25 percent public approval, it’s Republicans who are the most concerned.
Posted by Floyd Ciruli at 1:54:00 PM