A new Gallup poll of Donald Trump’s state-by-state job approval offers a few surprises. In spite of the wild ride of the first six months and the general decline in Trump’s approval rating to 40 percent and lower, a host of states have residents that give him approvals above 50 percent. Many of the 17 states that offer more than 50 percent approval are in the High Plains and Mountain West. In fact, more are in the west than the south. 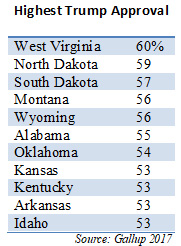 New England and the coasts dominate the states providing Trump’s lowest approval rating. Vermont is the home of Bernie Sanders and Massachusetts is the only state to vote for George McGovern. 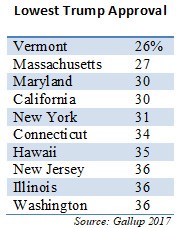 Colorado with a 38 percent is one of the 17 states offering the lowest level of approval. 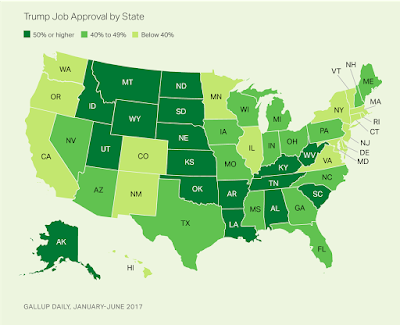