Secretary Tony Blinken’s first exchange with China’s Communist Party’s top diplomat, Yang Jiechi, became heated before they finished their opening remarks and the two pushed protocol aside as each attempted to make its case in full force. The four-minute photo op became a 1:15-minute debate over the flaws and ill-intent of each country. The media described the exchange as “testy,” “frothy” and “rocky.” At the conclusion of the exchange, it was clear a new era had begun for China and U.S. relations.

The Crossley Center for Public Opinion Research, with the University of Denver’s Josef Korbel School of International Studies, the Center for China-US Cooperation and the Consulate-General of Japan in Denver convened a panel of experts on March 24 that addressed foreign policy and public opinion amid the threats and opportunities China presents. 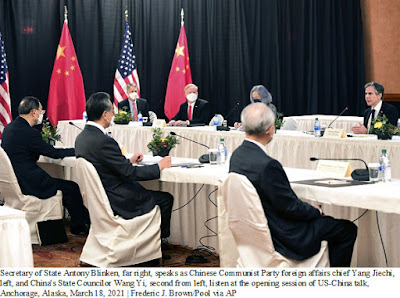