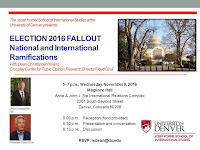 More than 250 attended the post-election event co-sponsored by the Korbel School and the Crossley Center for Public Opinion Research.

Along with examining what happened on Election Night, including a review of the polling and forecasting, the national and international fallout of the election was discussed. Questions ranged from likely personnel in the new administration (Secretary of State, Defense, etc.), to the impact of a one-party controlled federal government and the future of Obamacare and immigration policy. Also, a host of foreign policy issues were reviewed, including Syria, Russia and Eastern Europe.

The latest edition of Foreign Affairs features populism as a reoccurring phenomenon now on the move in much of the developed world. Its rise in the U.S. was tied to the political events and personalities in a number of European countries.

Another Korbel/Crossley session on the new administration and its politics and personnel is planned after the Inaugural next year. 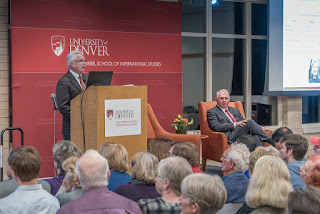 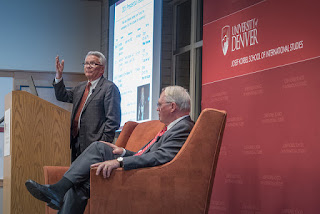 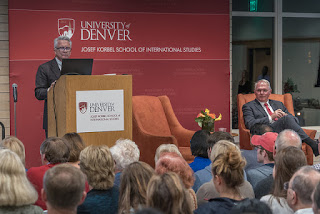 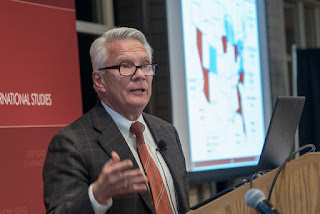