The Pacific Chapter of the American Association for Public Opinion Research (PAPOR), the nation’s primary association of the polling and survey research industry, including universities, media, government and campaign organizations and professionals, held its annual conference on December 15 and 16.

In one of the programs, public opinion related to marijuana was deconstruction in light of 57 percent of Californians voting to legalize recreational marijuana after defeating a similar proposal in 2010 by 46 percent, a 10-point shift in 6 years. 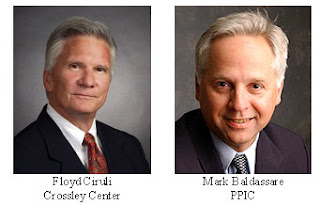 Mark Baldassare, president and CEO of the Public Policy Institute of California, took the lead on describing California Proposition 64.

I described recreational marijuana issues on the Colorado 2016 ballot, along with some new public opinion data, which points out legalization, which is popular, is different than expansion, which is increasingly controversial.