The Red Line: A Decision that Leveled a Foreign Policy

Barack Obama is doing his legacy tour. There are some high points; some may even survive his successor. But one decision sums up a series of mistakes that most harmed his foreign policy and produced a disastrous effect still being felt.

In August 2014, Obama backed away from a threat to punish Syrian President Bashar al-Assad and his regime for the use of chemical weapons against his population. From the moment the decision was announced, Obama’s credibility dropped with allies and adversaries, foreign and domestic.

The Situation Room announcement picture captures the disbelief among the president’s team, especially the responsible politicians – Biden, Kerry and Hagel. 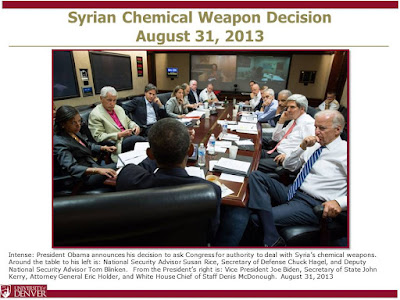 In fact, the decision only highlighted an often described feckless policy related to the Syrian civil war. A strategy that contributed to millions of refugees, many fleeing and destabilizing democracies in Europe, a vacuum allowing the entry of Russia on Assad’s side, and the utter destruction of Aleppo. The decision was firmly embedded in Obama’s fundamental approach of minimalism in the Middle East, which included the Iraq withdrawal and the truncated Libyan intervention. 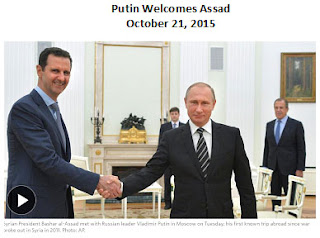