Not surprising, in a credible Republican national poll of March 2, 2021, Donald Trump has only a narrow majority (51%) among Republican voters, but still dominates the field, with Mike Pence (9%) and Ron DeSantis (7%) in second and third. Among the remaining non-Trump voters, Nikki Haley (6%), Mitt Romney (5%) and Ted Cruz (3%) trail.

When all Republicans were asked who they support without Trump as a candidate, Pence (19%), DeSantis (17%) and Cruz (13%) still lead the field. Let the race begin. 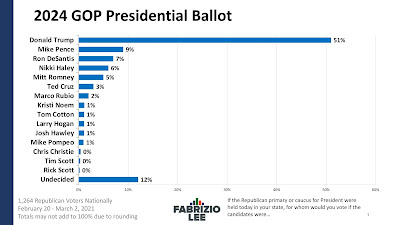 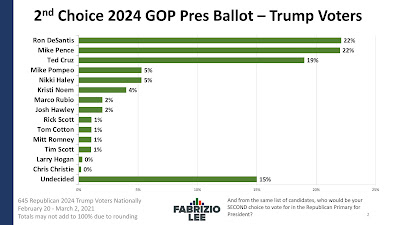