Trump Could Have Won

An examination of the 2020 election results makes clear Donald Trump may have been swamped in the popular vote, but nearly won the electoral vote. 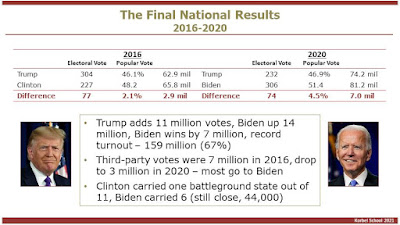 The factors that appear to have made the difference: