Impeachment Over, But Trump Still Burden for Republican Party

Although some Republican leadership is trying to get distance from Donald Trump, witness the votes of Senators Burr, Cassidy, Collins, Murkowski, Romney, Sasse and Tommey, and Minority Leader Mitch McConnell’s excoriating criticism of Trump’s behavior as being “practically and morally responsible for the riot,” the Republican rank and file still cling to Trump’s and the far-right wing conspiracy theories of what happened. 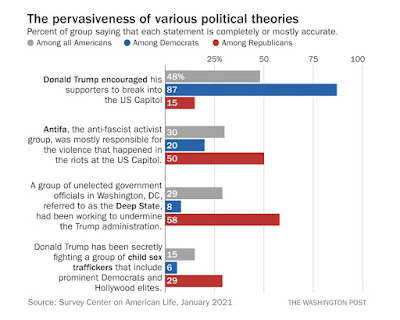 See: After the ballots are counted: Conspiracies, political violence, and American exceptionalism