The Threat to Overturn Roe v. Wade is Major Blunder of Republicans for 2020 Elections

Republicans have benefitted from extreme rhetoric concerning outlawing abortion. It has activated their evangelical voters without producing a backlash from suburban women and others who might have moral qualms about abortion, but are a part of the two-thirds of Americans who do not approve of reversing Roe v. Wade.

But, near total abortion bans have now passed in a host of southern states and may force the issue into the Supreme Court for a review challenging the fundamental 1973 decision. It will put the issue front and center into the long run-up to the 2020 election.

Democrats will attack the lack of exceptions and the denial of protections afforded for 46 years by Roe v. Wade. Republicans will be divided and forced to play defense. In fact, divisions are already apparent as various Republican leaders claim they support exceptions related to rape and incest. These reservations won’t help if the fundamental law is challenged. 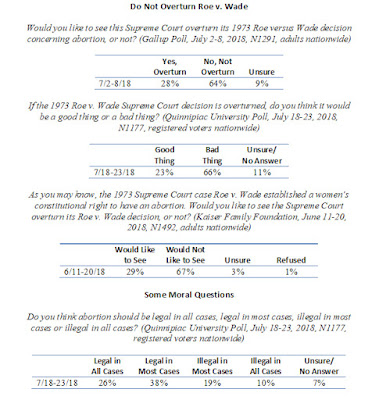