The Only People Left 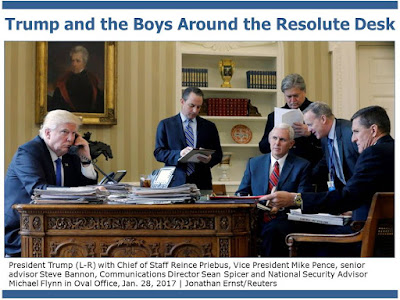 The only people left from the team pictured on January 28, 2017 are the two that can’t be fired.

Will Mr. Bannon’s removal make much of a difference? It’s better for General Kelly and it lowers internal conflict for the national security and economic and domestic policy teams, but Donald. J. Trump is still the master of provocating and improv. Expect more. 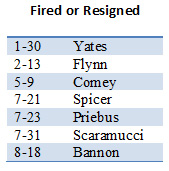 See The Buzz:
What chaos?
Bannon about to join Flynn?
Posted by Floyd Ciruli at 4:16:00 PM