Up until the latest revelations, impeachment had been unpopular (see Quinnipiac and Monmouth surveys). And, although support has increased the last few days for an inquiry, it’s too early to judge a shift in sentiment toward indictment or conviction. 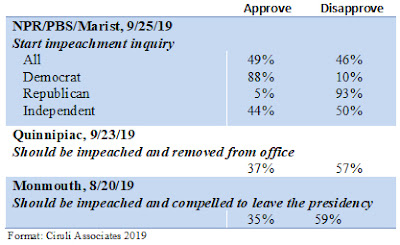